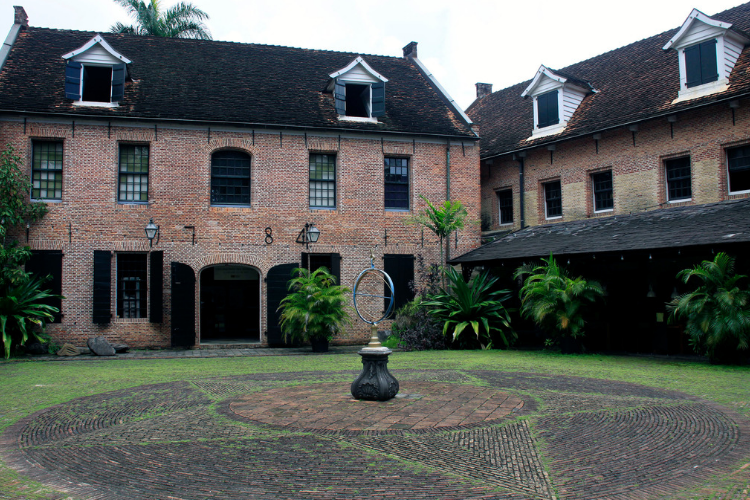 With a land area of over 63,000 square miles, there are many fascinating sites to visit in Suriname. Bordered by other exciting countries such as Guyana, French Guiana and Brazil, Suriname has carved out its own unique space in the South America continent. We’ve sourced eighteen of the most exciting places for you to visit in Suriname, on your next trip to the South American continent.

The Galibi Nature Reserve is perhaps best known as a nesting ground for the olive ridley, leatherback and green turtles. Located on the northeast coast of Suriname, the reserve is only accessible by boat and is used by the Amerindians in the nearby villages for fishing, hunting and agriculture.

The Central Suriname Nature Reserve is a UNESCO World Heritage Site that focuses on the conservation of tropical rainforests. The reserve is made up of three nature reserves –  Ralleighvallen, Tafelberg and Eilerts de Haan Gebergte. Visitors can view several bird species, tropical forests, rapids and natural granite structures.

Nieuw Nickerie is a popular town in Suriname, that is known for its banana and rice production. The town is not necessarily a hot tourist spot, but its location cements its importance and history in Suriname. Nieuw Nickerie is the last stop for travellers looking to catch the ferry to Guyana and for naturalists going to Bigi Pan.

Jodensavanne or Jewish Savannah is a former sugar cane agricultural community. It was established by the Jewish who fled Spain. The very small site does not tell much about its history because only a few ruins and grave stones remain. However, a knowledgeable tour guide will provide a detailed tour of the area as well as stories of revolts, attacks and disease outbreaks.

Bigi Pan, a marshland nature reserve is an ecotourist’s dream getaway. It is situated in the memorable Nieuw Nickerie town and is one of the most natural habitats in Suriname. Home to many species of birds, fish and other wildlife, Bigi Pan is one of those sites in Suriname, that you have to visit.

The Cathedral-Basilica of Saint Peter and Paul is one of the most famous wooden Roman Catholic cathedrals in the world. Located in Paramaribo, construction of the cathedral began in 1883 and was completed in 1901. In 2014, this architectural wonder was designated as a minor basilica by Pope Francis.

The Commewijne River is located in the north of Suriname. The river was once an important shipment route for ships transporting bauxite to towns in Suriname, Trinidad and the United States of America. There are several Commewijne River cruises that include a boat ride on the river as well as visits to the Frederiks Dorp plantation and the Fort Nieuw museum.

9. Presidential Palace of Suriname and the Garden of Palms

The Presidential Place of Suriname was built in 1730 and expanded to its current size in 1911. The palace is the official resident of the President of Suriname, but it used for governmental events. Another treat behind the palace, is the Garden of Palms, which is a beautiful landscape garden full of palm trees.

Paramaribo is the largest city as well as the capital of Suriname. This beautiful historic area, still has much its Dutch architecture that dates back to the 18th and 19th centuries. As a result, the historic city of Paramaribo is also listed as one of the top sites to visit in Suriname because it was designated a UNESCO World Heritage Site in 2002.

The Coppename Nature Reserve is a treat for the nature lover or wildlife tourist. Located on the coast of the Coppenameriver, the coastal reserve is home to several rare species of birds and animals, including the manatee. Trips can be organised to this protected area, which is also one of the sites in Suriname with a UNESCO World Heritage site designation.

The Neveh Shalom Synagogue is the only active Jewish synagogue in Suriname. This religious building has artifacts that are over 100 years old. Also, its sandy floor is a reminder of the Hebrews’ time in the desert. In addition, one of the most humbling facts about this synagogue is that it is right next to the Mosque Keizerstraat.

Located in the capital city of Paramaribo, Fort Zeelandia is a historic colonial fortress in the area where the Dutch first landed in Suriname. Built in the 17th century, the fort was the backdrop for wrangling between the English, Dutch and French. In more recent times, the fort was home to a museum and political prisoners.

Brownsberg Nature Park is a naturally rich area that is located in the district of Brokopondo. The reserve is home to over 1,400 species of plants and 300 species of birds. Similarly to many of the other nature reserve in Suriname, tours that highlight the waterfalls and creeks and natural flora and fauna are available.

One of the most popular markets in Suriname is Central Market which can be found in Paramaribo. The market is a hive of activity on mornings as vendors serve customers with varieties of meat; fresh fish; locally grown fruit and vegetables and clothing. Most noteworthy, to experience the essence of the Central Market, visitors should get there before 12 in the afternoon. 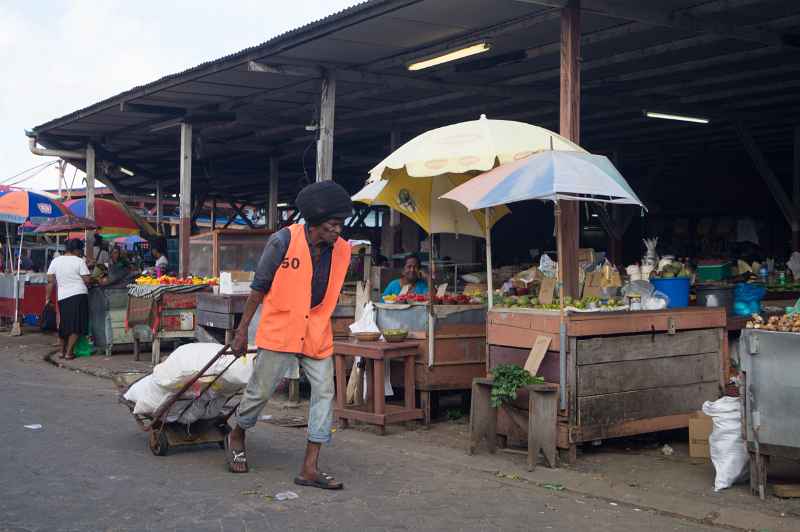 Even though the Marienburg of today is in ruins, it is one of the top sites in Suriname because of its rich agricultural history. In 1745, it was established as a sugar cane factory, but after several ownership changes and a stint as a coffee plantation, Marienburg was abandoned until 1882. However, it was revived at that point and functioned until its close in 1986.

Warappa Kreek is a five meter long creek located in the Commewijne River and part of which was dug by African slaves. The intrigue of the creek is evident via boat tours along a winding canal. Additionally, the tours allow visitors to observe a natural habitat where birds and reptiles thrive under the shade and roots of mangroves.

The Mosque Keizerstraat is one of the top sites to visit in Suriname because it is the largest mosque in the Caribbean. The mosque is an architectural gem that is adorned with Islamic symbols. The building was completed in 1984 and is the headquarters of the Lahore Ahmadiyya Movement for the Propagation of Islam in Paramaribo.

More Information on Sites to Visit in Suriname

Are you interested in more information on places to visit in Suriname? Take a look at these insightful articles which provide additional details and suggestions on visiting the country:

Insider Monkey: 7 Best Places to Visit in Suriname Before You Die

Suriname Online Tourist Guide: Things to Do and See

The Crazy Tourist: 15 Best Places to Visit in Suriname