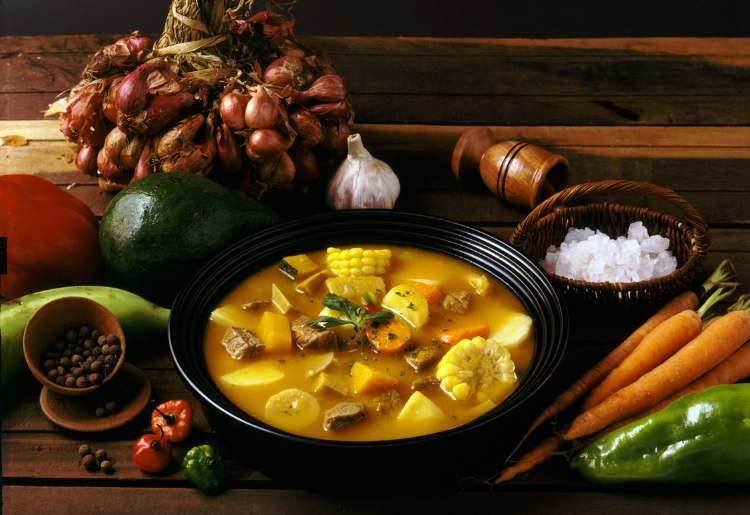 Popular Food in the Dominican Republic

Here is a list of ten popular dishes in the country.

Josie’s Kitchen has a detailed recipe for this Dominican Republic favourite which features several photos that detail each step carefully.

Moro de Guandules con Coco (Rice and Pigeon Peas with Coconut) is a tasty rice and pigeon peas dish flavoured with coconut milk. In addition to the star ingredients of rice, pigeon peas and coconut milk, there are lots of fresh herbs and tomato sauce in the dish.

Mangu is a popular food in the Dominican Republic that is eaten for breakfast. It is basically boiled, green plantain that has been mashed with ice cold water and a little butter or olive oil. Mangu is often paired with traditional breakfast items such as eggs, cheese and onions.

If you are interested in making this Dominican breakfast on your own, My Habanero has a simple recipe that uses two large red onions, butter, coconut oil and vinegar in addition to the plantains.

If you’ve ever heard of conch, then you’ve heard of lambi because they are one and the same. Lambi can be prepared in several ways, but in the Dominican Republic it is more popularly stewed (guisado).

Stewed conch can be made using onions, bell peppers, tomato sauce, garlic, water and raw conch. It can be served with rice. 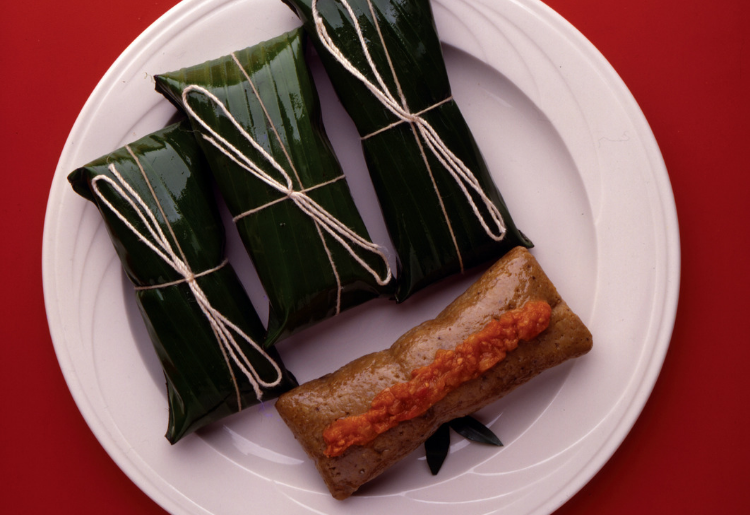 Pasteles en Hoja is another popular food in the Dominican Republic which is made from green plantains and root crops with a meat filling. It resembles a patty because of how it is intricately folded. Then, it is wrapped in a plantain leaf.

This Christmas delicacy is then wrapped in parchment paper or foil and boiled in a pot of water until cooked. In a recipe by Hungry Food Love, the meat of choice is ground beef.

When translated, habichuelas con dulce means sweet cream of beans. This sweet dessert is prepared during the Lenten season, specifically during Holy Week. It is made from pureed red kidney beans, coconut milk, evaporated milk, sugar, cloves and cinnamon.

Most Caribbean people clean their meat by soaking it in a mixture of lime or vinegar and salt. Dominican Flavor also uses this method to prepare the pork for roasting.

Fish cooked in coconut milk is a traditional dish in the province of Samana, which is located on the north east coast of the country. This delicious fish which is simmered in the coconut milk, can be served with rice.

Sancocho is a hearty Dominican Republic stew that is traditionally prepared for special events and occasions. To make sancocho, a variety of meats can be used. For example, Beef, goat, pork sausage and ribs and chicken are favourite options. To also enhance the flavour of the stew, an array of plantains, bananas, oils, root crops and herbs and spices are used.

Most noteworthy, sancocho is often described as a comfort food that is very dear to residents of the country. Because sancocho can be made with a combination of ingredients, there may be variations from restaurant to restaurant.

Chivo Guisado is tasty recipe that uses goat as the main ingredient. Also known as stewed goat, chivo guisado is a stew which can be enhanced by scotch bonnet peppers and oregano. In the spicy version of this dish, which is called chivo guisando picante, these spicy ingredients are every more prominent.

Other ingredients include onions, garlic, plum tomatoes, sugar, oil and water. Additionally, some recipes and chefs include rum in the sauce to tone down the strong tones of the goat meat.

Have you ever tried any of these amazing dishes in the Dominican Republic? Follow Endless Caribbean on Instagram, and get a first hand view of our curated gallery of the Caribbean. Remember to tag #endlesscaribbean in your Dominican Republic photos! 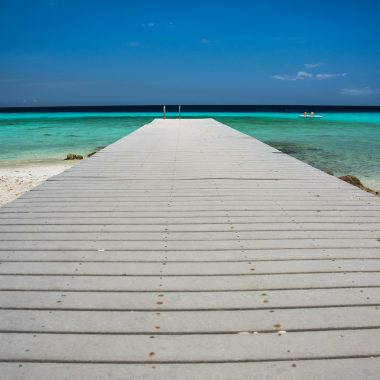 How to Avoid Mosquito Borne Diseases in the Caribbean 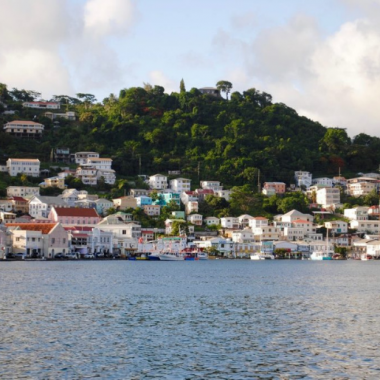 If you're into birding, then you have to visit Tri