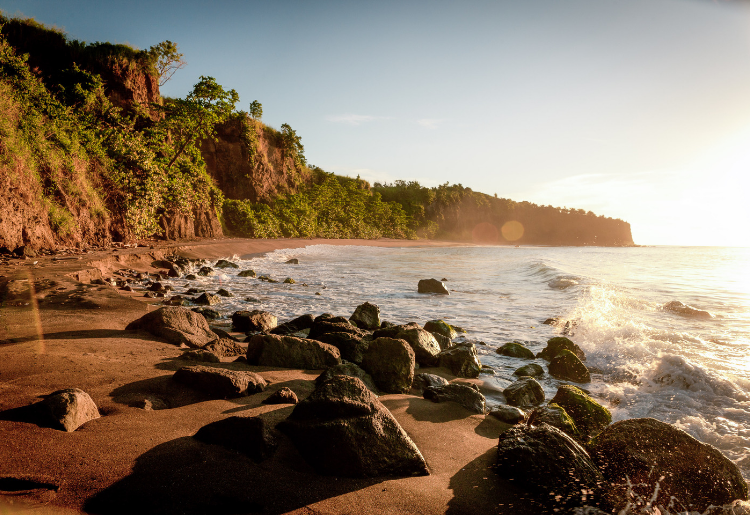 There is something exotic and sexy about black sand beaches – especially those that are on cool and breezy tropical islands. Many of the sunny Caribbean destinations in this part of the world have world famous white and pink sandy beaches. But do you know that there are several black sand beaches in the Caribbean that have memorable historic pasts?

Black sand beaches are primarily found on volcanic islands or islands with volcanoes in close proximity. Black sand largely consists of dark coloured volcanic rock, minerals and lava fragments. Previous lava flows that came into contact with the ocean would have turned into black fragments that settled on the ocean floor. Over time, these fragments were pulverised into a fine sand, which then formed or covered beaches around several Caribbean islands.

In 1902, the Mont Pelee volcano erupted and completed destroyed the city of St. Pierre in Martinique. The eruption killed all 30,000 people who were living in the path of the lava flow except for three, one of whom was a prisoner. Today, the historic black sand beach in Saint Pierre, is a gorgeous bay with a view of the Mont Pelee volcano sitting quietly in the background.

When the Soufriere Hills volcano erupted in 1995, it destroyed most of Montserrat and displaced almost all of the island’s population. However, the remaining population has since rebuilt key areas of the island. Woodlands Beach is one of the black sand beaches on Montserrat that is an ever present reminder of the active volcano on the island.

With views of the majestic Atlantic Ocean, Rosalie Beach adjoins the Rosalie Bay River. Today, the beach is a popular turtle nesting ground and is home to the Rosalie Bay Beach Resort. This beach, along with the black sand beaches on the island, are subtle reminders of Dominica’s nine active volcanoes. The last eruption on Dominica was in the time of Columbus, and the most recent eruption was a steam eruption in 1997.

The Mount Scenery volcano looms large on the island of Saba and is a stark reminder of the last eruption back in 1640. As a result, the island’s main beach, Well’s Bay, is a small, black sand beach that is somewhat secluded. Access to this beach requires a short hike or drive down a rocky path.

The story of the last eruption of the now dormant Mount Liamuiga volcano in St. Kitts has been passed down from generation to generation. The only visible memories lie on the Black Rocks beach, which is strewn with black lava rocks that are a true representation of the beach’s name. The beach lies on the Atlantic coast of St. Kitts and is surrounded by steep cliffs and rugged terrain.

Plage de Salée à Bananier, also known as Bananier Beach is one of the most stunning black sand beaches in the Caribbean. Located on the island of Guadeloupe, it is testimony to the active Soufriere Hills volcano which last erupted in the 1970s. The beach is tucked away in the small village of Bananier and is a popular surfing spot for children and adults.

Often dubbed as one of the most luxurious black sand beaches in the Caribbean, Anse Chastanat Beach in St. Lucia is home to the famed Anse Chastanet Resort. The beach is a popular site for scuba diving and snorkelling. The last eruption of the La Soufriere Volcano, occurred in the 1800s and the volcano is now considered to be dormant.

The history behind this stunning black sand beach in the Caribbean almost overshadows it. This beach is home to a historic park that contains the Black Point Tunnel. The tunnel was used for transporting sugar and sugar cane. For Caribbean jet setters, Black Point Beach is one of the feature scenes in the Pirates of the Caribbean movies.

Black Bay Beach is one of Grenada’s well hidden treasures. To get to this black sand beach in the Caribbean requires a hike through the gorgeous landscape of Grenada. According to historians, this beach is a reminder of the dormant St. Catherine Volcano, whose last eruption was over 1,000 years ago. And, just off the coast of the island, lies the submarine volcano, Kick Em Jenny, which has been active in the last few years. 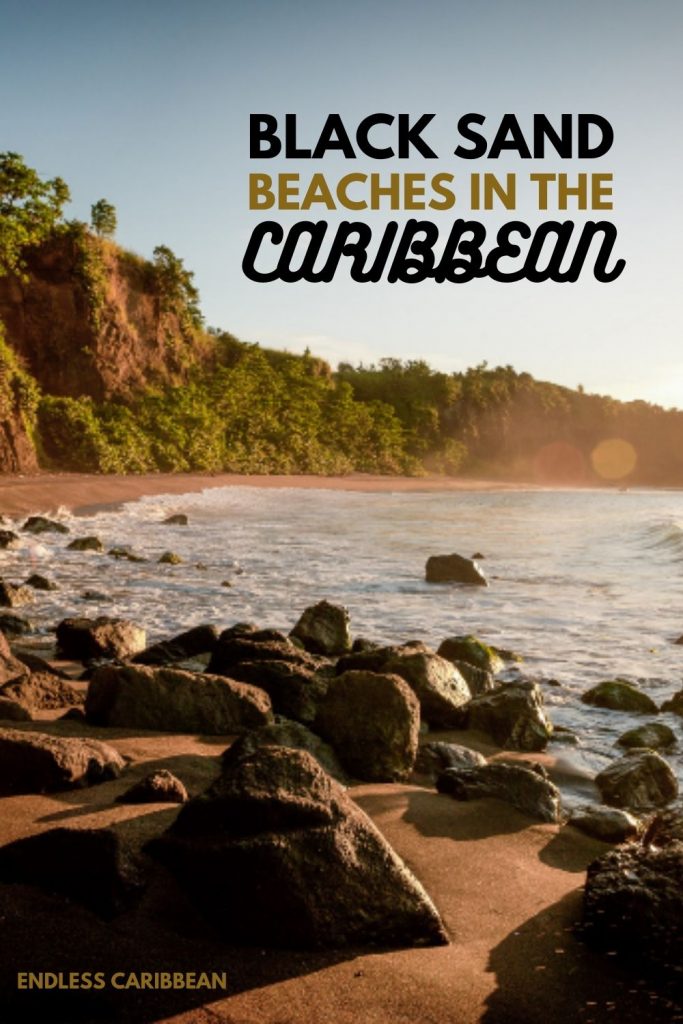 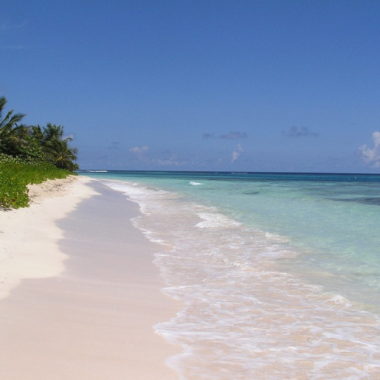 Tiny Islands in the Caribbean For You to Explore 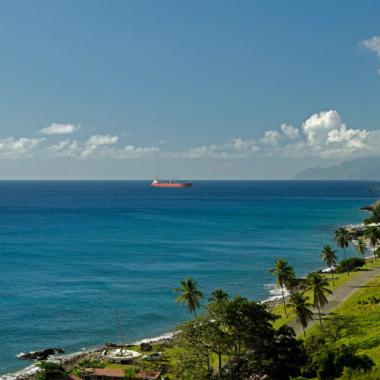 Sint Eustatius is the Ideal Tranquil Oasis in the Caribbean