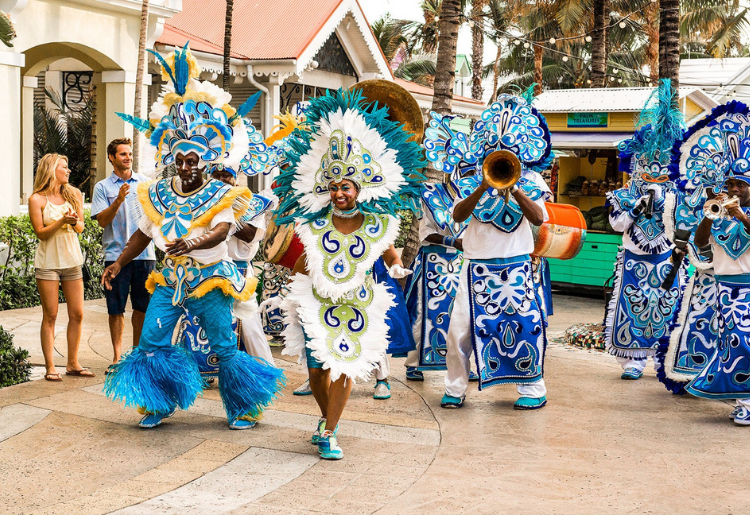 If you are a true Caribbean carnival fanatic, you will be familiar with Arrow’s hit song. Hot, Hot, Hot was once an anthem that festive Caribbean destinations embraced with open arms. This is because Caribbean people love a party, especially when there is music, food and drinks. The song talks about sheer enjoyment of music, rhythm and just having a good time. Carnivals and festivals are the preferred ways that Caribbean islands love to celebrate their history, culture, and traditions.

If this sounds like something you would love to experience, take note of this list of festive Caribbean destinations and the different festivals and events that are available in each of them. Plan your visit to the Caribbean around carnival and festival holidays or seasons and you will benefit from being part of the history and culture of the islands. The top Caribbean destinations for the confessed carnival fanatic are Barbados, Jamaica, British Virgin Islands, St. Vincent and the Grenadines, Trinidad & Tobago, Bermuda, Turks and Caicos, The Bahamas, Guyana, St. Kitts and Nevis, Saba, and St. Lucia.

Let’s go to the land of cou-cou and flying fish, where good food, beach picnics and liming at a rum shop are normal activities. The island’s Crop Over Festival which runs from June to August, is a months-long event that celebrates the end of the sugar cane harvest. The harvest starts early in the year and finishes in May or June. The first event of Crop Over is the ceremonial delivery of the last canes. The final event in the Crop Over Festival is Grand Kadooment, which is a colourful costumed street parade held on the first Monday in August.

If you love music as much as I do that you have to admit that there’s no party like a reggae party. Reggae Sumfest is that party that celebrates Jamaica’s reggae and dancehall music and roots. Held in the month of July, Sumfest is billed as the biggest music festival in Jamaica. This must-see event began almost thirty years ago, and to this day it still pays homage to the heart of Jamaica – its people. Dedicated to musical genres that have influenced and inspired global music, the island’s talent is celebrated with a two-day event that features top musicians, entertainers and DJs.

Although the British Virgin Islands is one of the best places to island hop in the Caribbean, it’s also one of the recommended destinations for the Caribbean carnival fanatic. This is primarily because of the BVI Emancipation Festival which is held in August of each year. The two-week festival celebrates the 1834 proclamation which gave back slaves their freedom in the British Virgin Islands. The celebrations are spread throughout the main inhabited islands, however, Tortola draws the biggest crowds. The best times to visit are around the Festival Monday, Tuesday and Wednesday because most of the activities occur on these three days.

St. Vincent and the Grenadines

Remember the feature about the Nine Mornings Festival in St. Vincent & the Grenadines? It revealed that Nine Mornings is an unforgettable Christmas event that you should experience at least once. If you’re a carnival fanatic, Nine Mornings is just a taste of what could be expected when visiting the islands for a festival. Vincy Mas is the biggest festival in St. Vincent and the Grenadines and it celebrates Vincentian heritage, music, food and culture. From the middle of June to the beginning of July, there are street parties, calypso shows and of course costume parades. The festival ends with J’Ouvert and Mardi Gras celebrations.

Growing up I would hear my mother say that Trinidad and Tobago were extremely hot. Years later I realised that the heat actually comes from the Trinidad and Tobago carnival which sets the island on fire with colour, costumes, music and food. One of the most talked about Caribbean festivals, Carnival festivities begin just after Christmas and end on the day before Ash Wednesday. Band launches start in the last half of the year and designers and artistes get busy in their studios, putting finishing touches on their pieces. Then on Carnival Monday and Tuesday, it all comes together with large street parties, costumed revellers and of course, music.

Like pink sand through the toes, it is play time in Bermuda whenever carnival rolls around. Carnival fanatics will be partaking in the music, parades, boat rides and parties for one weekend of fun. This relatively young event which was started in 2015 to celebrate the island’s national heroes, is held on a weekend during the month of June to coincide with those celebrations. The carnival usually kicks off with a fete on Friday followed by a j’ouvert party; a parade of bands with music trucks and revellers; a steel pan jam; and ends with a floating raft party on Sunday.

Picture this. Maskanoo on Boxing Day in the Turks and Caicos Islands. There is lots of authentic island food, art, entertainment, music, and a street parade. Maskanoo is a cultural event organised by the Turks and Caicos Hotel Association during the Christmas holiday season. The annual event starts in the evening and runs until night and is a perfect way to extend Christmas festivities. Maskanoo has its roots in a masquerade tradition that combines African culture with colonial traditions. The event was created with the goal of remembering Bermudian salt rakers who were brought in to work salt ponds two hundred years ago.

Junkanoo is another Caribbean event for the Caribbean carnival fanatic to experience. It is one of the largest celebrations in the Bahamas that is uniquely Bahamian. The event is held several days throughout the year, but the highlight is the Boxing Day festival. Junkanoo celebrations are also held on Independence Day, on some Saturdays during the summer months and other national holidays. The origins of the spirited carnival are not exactly clear, but some people believe that its roots were planted in the days of slavery. Celebrations consist of a grand parade with music, entertainment, costumes, bells, whistles and food.

In years gone by, Easter was one of the most celebrated holidays in the Caribbean. Thankfully, it’s still a big deal for many Caribbean countries and Guyana is one of them. If you want to celebrate Jesus and his ascension to heaven, you should spend at least two weeks in Guyana. That’s because Easter is synonymous with kite flying, church services and the International Food and Drink Fest. This festival features food and beverages from countries in the Americas and those in Europe and Asia. Guyanese dishes usually take center stage as well as traditional Easter favourites like hot cross buns.

St. Kitts and Nevis are two of the sweetest islands in the Caribbean. So it makes perfect sense that a celebration of the islands’ culture is known as Sugar Mas by locals. This festival is an opportunity to enjoy local talent in the form of storytelling, singing, dancing and cooking. Sugar Mas, which kicks off in late November includes a number festivities that include fetes, calypso shows, soca competitions, j’ouvert, bar crawls, and cruises. The final event is the Last Lap, a carnival that any true carnival fanatic would be proud to attend. It’s a open secret that this is one of the best times to visit St. Kitts and Nevis.

Who needs sleep in Caribbean when you can spend time unwinding until the early hours of the morning? In most destinations, even outside of the carnival and festival periods, you can expect bars and clubs to be filled with lively crowds of friendly locals and visitors. If you’re a true carnival fanatic who is ready to experience the music, food, and culture of the Caribbean through its carnivals and festivals, book your trip now. 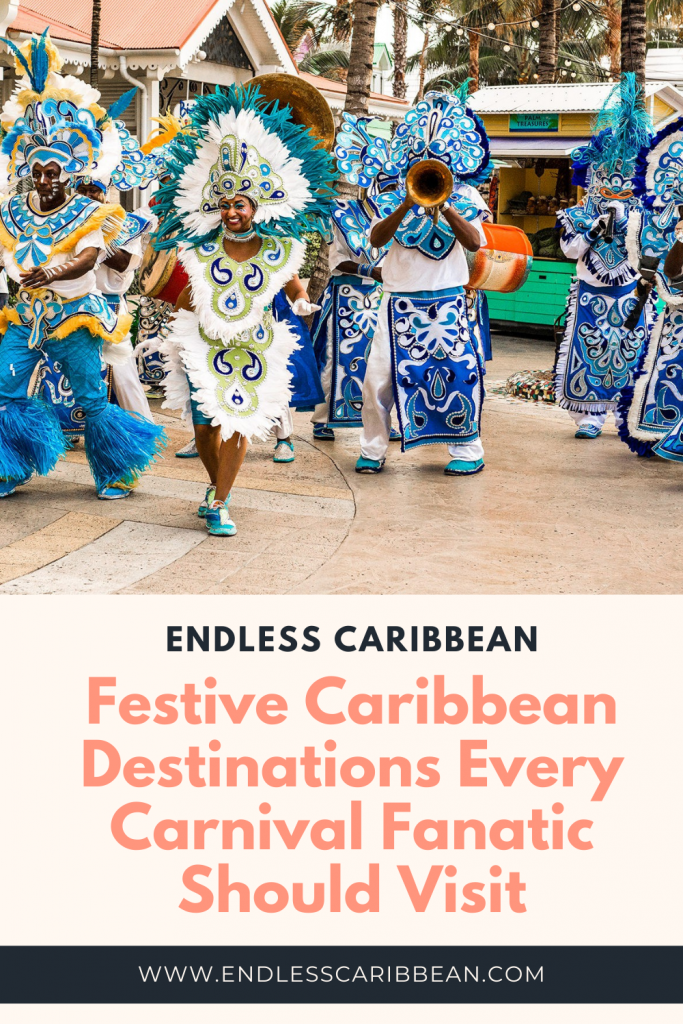 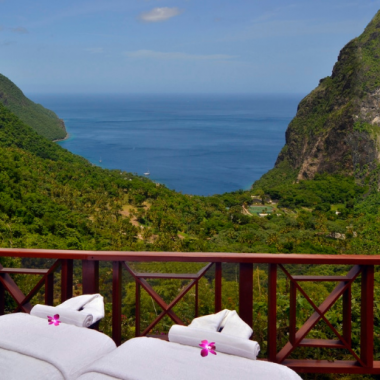 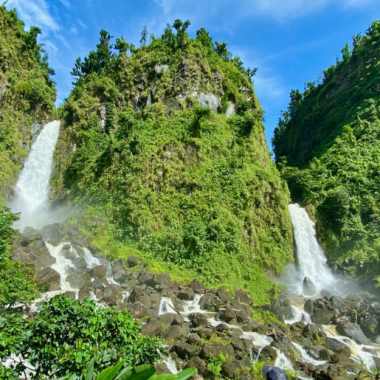 Welcome to Endless Caribbean. Take your time and look around and use our free resources to plan your trip to the Caribbean! There are travel guides, itineraries and free guides designed just for you.

Some of my favourite memories revolve around anima

It's always wedding season in the Caribbean. If yo

Just before the pandemic started I asked a friend

The Olympics finished days ago, but I'm still reli

I absolutely love canoeing. It's one of those soft

Somebody told me that there is a fountain of youth